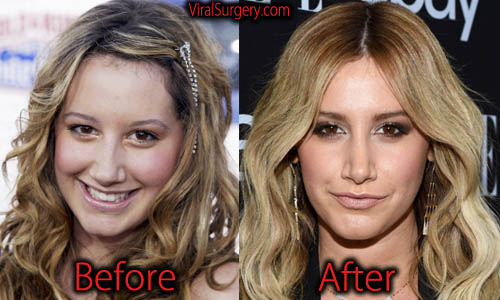 As you might have read somewhere, Ashley Tisdale plastic surgery is mainly about her nose job. Though her plastic surgery took place when she was 22 years old but significant, permanent change on her nose makes her surgery always interesting. Many are still comparing her past and present photos to examine result of her nose surgery.

31-year old American actress who played Sharpay Evans in TV film High School Musical has her own reason for taking nose job. Unlike many other celebrity nose jobs that are performed for aesthetic reason, Ashley stated that her nose job was to fix her deviated septum.

And we can see result of Septoplasty easily. The procedure changed her nose significantly. Ashley Tisdale before nose job had different nose shape. Her nose wings were wide, whereas her nose bridge was also big enough. Her choice to reshape her nose could be a perfect decision. 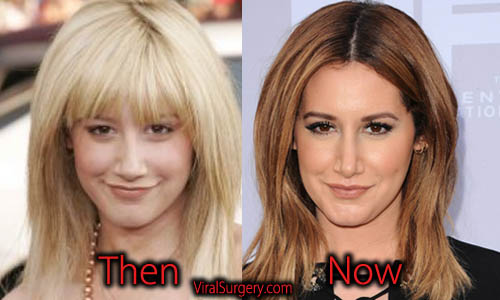 It seems that those parts got special attention from her surgeon. Look at her nose bridge. The comparison photos clearly captured significant size reduction on this part. Work around her nasal ala (nose wings) and nose tip simply made that nose appear more pointed. Well, her makeup makes things more perfect.

Whether or not her nose specialist combined Septoplasty with Rhinoplasty we agree that Tisdale looks far better with her new nose. Not only fixed her nose problem, procedure she underwent added the elegance to her face. It would not be a mistake to say that she is prettier after plastic surgery. Do you agree that Ashley Tisdale plastic surgery helps her both medically and cosmetically?

Next post: Amy Poehler Plastic Surgery, Before and After Botox Pictures